I woke up late this morning. I was having a nightmare & I couldn’t shake out of it. Because I woke up late, I missed my massage appointment. I called the office in a frenzy & the receptionist told me I would have to reschedule…for next week (which I don’t understand because I was only 10 minutes late but whatever).

I hung up & fought back the tears. I’ve been in a tremendous amount of pain. I can’t wait a week. I need help now. NOW.

I did some searching & found another business that had an opening within 30 minutes. It was my first time there & I wasn’t too impressed. They were fine, I guess, but I’m a fan of JS (my therapist). Today’s therapist did great & was definitely working on me. True to form, I was in a lot of pain as he worked on my shoulders & upper back. He stopped at one point & had his hand gently on my right shoulder.

“You feel that?”
Yes…
“This is all tight, hot to the touch, & inflamed. Your tendons aren’t happy.”
Yeah, no shit, Sherlock. I’m aware of the pain. That’s why I’m here. For fuck’s sake…

He recommended for me to ice it 10-20 minutes EVERY HOUR today.

Who honestly has that much time?

And I discovered today my freezer was busted so all of my ice is water & my ice packs aren’t cold. Not like I could do it if I wanted to.

He told me he was working on a 2-3 level of pressure out of 10. It felt like a 7-8 but I lied & said 6. He was totally surprised. He made some comment about me “needing to communicate more” & how “I shouldn’t be in that much pain.” Again, it’s gonna hurt & I’m here for you to FIX IT. Very light pressure isn’t gonna help so I might as well bite the table & power through.

He also mentioned that if there was a chemical reason for causing stress & pain, there’s only so much he can do. Can’t fight against your body’s chemistry & pituitary gland, right?

“But don’t worry. You don’t seem like that type.”
Oh, honey. You have no idea.

So I’m sitting here with the TENS unit, lightly crying, & breathing through the pain. I took an ibuprofen (for the anti-inflammatory) but now I’m wondering if I should take an oxy instead. I can’t think about anything else but how much it hurts.

I hate this. So fucking much. 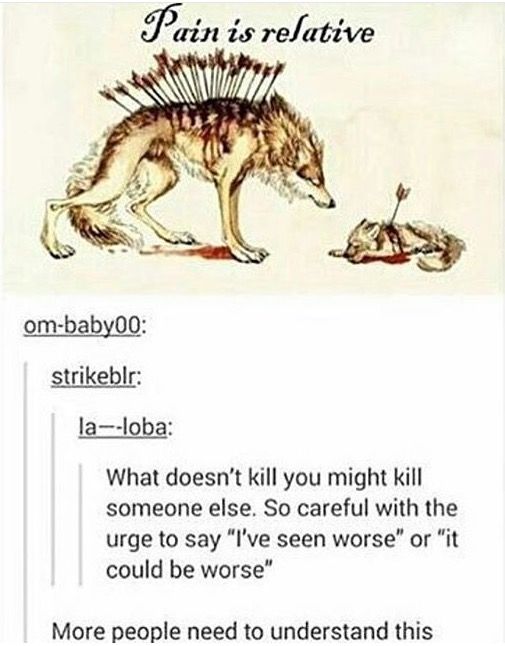