Quick mythology lesson: Janus is the Roman god of beginnings & endings. He has two faces since he’s looking at both the past & the future.

However, in my situation, I feel like Janus is an appropriate nickname for my boss. Don’t get me wrong – I’m not trying to drag her name through the mud. You know how I try very hard to not mention any work stuff here. I try to keep it strictly personal. But I’m very frustrated & feeling very ignored so today is gonna be a little different from the norm.

I think she means well. I really do. She’s not malicious by any means. She wants to be everyone’s friend which doesn’t really work when you’re the boss. Because she craves others’ acceptance & friendship, she’ll be whatever you need from her AT THAT TIME. So what’s my deal? I’m finding myself seeing both faces & it’s pissing me off.

One prime example is a former work best friend spread a bunch of shit about me at work, caused a lot of drama, got me fired from a separate job, & so on. It’s a giant clusterfuck & I’ve done nothing wrong. Janus, as I’m calling her, totally heard me out & sounded like she was on my side….only to hear that she’s been doing the same to this other girl. Sigh. Look, I don’t NEED her to choose a side. It’s ridiculous & it needs to stop. I went to her as a boss to help cauterize this wound since she had to deal with both us & so we can continue to be professionals. This former friend’s solution was to quit. Twice. Both times right before recital. And for some reason, Janus will still accept her back. *eye roll* Does integrity mean nothing anymore? It’s not like I can confront Janus because she’ll just show whatever face at that time. She’ll say whatever she needs to in order for me to feel like she’s feigned some interest.

Ergo, I can’t trust her & I’m very paranoid about her actions. Today, I went into the studio to sub for AE’s class. Janus pulled me into her office before class & wanted to “talk.” Not about anything in particular. Just to chat. I’m not really sure why so I kept it very artificial & topical. She was getting all giddy & excited about LC coming back to teach but doesn’t ask about my classes. And while no one will love & support LC like I do, it’s a painful twinge in my side. And it’s nothing to do with LC or AE or anyone else. It’s the fact I feel like a temporary fix.

I’m really tired of feeling glossed over. I go to all the meetings, hand in all my paperwork at least a week before it’s due, make sure my students are clean & ready for recital, & help out wherever I can (& within reason but that’s a whole other issue). There are those who haven’t done shit all year & will barely get to recital by the skin of their teeth. True to form, they will have all the classes & times they want. Janus will give me like 2 classes I want (even though I’ve specifically requested 3-5 by name) & then a handful of shit classes.

KL went into her office today to quit. Just to clarify – she’ll finish out the year but won’t renew her contract. She said Janus begged her to stay next year to teach a certain class. KL is amazing & talented, just like LC, AE, BS, & so on. Here’s my fear – I could go in & quit but I really doubt she would fight for me. I think she would be upset to lose me as a cleaner but not as a person or as an instructor. And that’s where it hurts.

And why do I think this? Because I quit a few years ago & the same thing happened. She easily found replacements & it wasn’t a problem that I was gone. I wasn’t missed. Maybe by a couple of students but that was it. It was like all of this curriculum & program I help build was for nothing. Now, I’ve been back (I believe this is my 3rd season back) & I feel I’m right where I was 5 years ago. Do I quit? Do I continue? What’s the point anymore?

I’m playing with the idea of applying elsewhere. I don’t feel needed or appreciated. And I’m not the type who needs or wants a spotlight. SOME recognition that I’m valued would be great. I don’t like being so versatile that it makes me replaceable. I have my strengths, I play them, & Janus doesn’t seem to care or be impressed. But maybe that’s just the face I see… 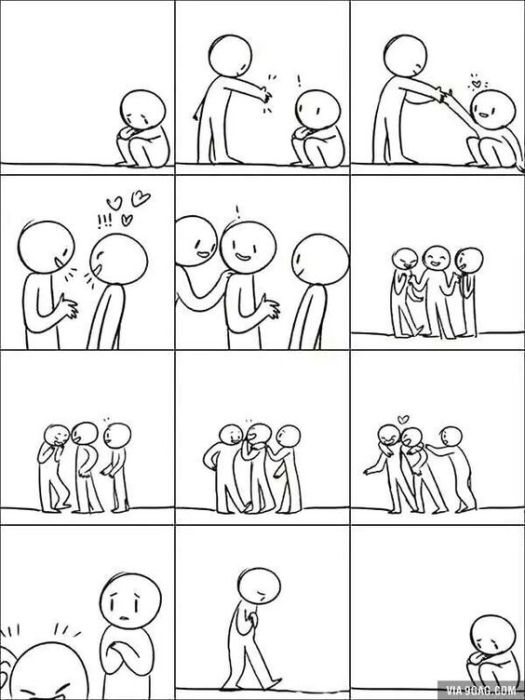